HealthyCo is based in Lund and helps active and fitness-centric consumers indulge their sweet tooth while still balancing a healthy lifestyle. The company was founded in 2015, but it wasn’t until Invest in Skåne helped a few years later that they were able to indulge their export ambitions and balance their revenue with sales from outside Sweden.

According to HealthyCo’s CEO Felipe Garay, who’s also one of its founders, the company is dedicated to giving people the ability to snack on versions of their favourite treats, minus any of the harmful or unhealthy additives found in most brands, but without having to give up on that good taste. It’s an approach they like to call “healthy smart living”.

Just four years ago, the majority of HealthyCo’s revenue was generated within Sweden. Only about 5% of the company’s sales were exports in 2015, but today they account for 30%. Exporting to foreign markets is where they’ve seen the largest growth and plan to find the most opportunities. HealthyCo’s products are currently available in 19 countries outside of Sweden.

Garay credits Invest in Skåne with introducing HealthyCo to the idea of making exporting a priority. They helped stakeholders within the company learn the ins and outs for international distribution deals and gave the support needed to not only have a presence at trade fairs, like the Anuga Food Fair in Germany, but make successful connections.

According to Garay, the costs associated with securing domestic sales in Sweden’s bigger supermarket chains have shown to be much larger compared to going after international sales through distributors.

“One sales call with one distributor can generate 10 new clients, which builds less overhead costs for us,” says Garay.

Does Skåne have an edge for exporting?

It turned out that being based in Skåne was another advantage in favour of HealthyCo’s export aspirations. The region is a prime location for international logistics with extensive infrastructure and transport network via road, air, rail, and port. “The freight is cheaper down to the continent,” Garay says.

So instead of focusing on getting more shelf space in ICA, HealthyCo is now thinking in terms of how to become bigger in Holland, among other countries. And instead of a key account manager, they hired an international key account manager. Now, they have an export department and, a couple of months ago, hired a new export director. The company sees its future growth in exporting its products.

HealthyCo’s biggest export markets at the moment are Slovakia and Czech Republic. According to Garay, the company found a really great distributor that has done a lot to successfully bring their brand to both countries.

A major key to finding such an amazing alley, at least in HealthyCo’s experience, was to not be too swayed by a potential distributor's size when considering them as an export partner. According to Garay, sometimes a bigger distributor won’t prioritize or spend as much time on your brand as you’d like. “The distributor that was smaller, and that we thought wasn’t going to be able to make it, was the one that showed the best results,” he says.

How Invest in Skåne helped HealthyCo

CEO Felipe Garay cites Invest in Skåne and Business Sweden with initially encouraging the prospect of exporting to foreign markets and further supporting HealthyCo in making it a major part of the company’s business. “Prior to getting in contact with Invest in Skåne,” he says, “we had primarily focused on the domestic market.”

With Invest in Skåne’s help, HealthyCo was able to prepare for and participate in trade fairs from Hong Kong to France, attend seminars to learn about how distribution contracts work, as well as set up meetings with import consultants and distributors. There was also assistance in applying and getting approved for “Internationaliseringscheckar” -- through which HealthyCo was able to fund its participation in certain trade fairs.

It was thanks to the efforts of Invest in Skåne, Business Sweden, and their related organizations that Felipe says HealthyCo was able to shift its focus to see the tremendous opportunities available outside of Sweden and become more export-oriented.

Founded on the belief that the snack food and candy industries aren’t doing enough to decrease unhealthy ingredients, HealthyCo is working to challenge the bigger corporations with their smarter and healthier alternatives.

The Lund-based company entered the market in 2015 and targets health-conscious and active lifestyle consumers who want to indulge in healthy sweets without sacrificing taste. Its annual revenue is over 40 million Swedish Krona and has a workforce of 10 full-time employees.

HealthyCo currently produces spreads, drinks, toppings, jams and chocolate bars. All are made without using any added sugar or palm oil.

“If sugar had been invented today, I don’t think it would’ve been approved by the Food Administrations ,” says Felipe Garay, HealthyCo’s CEO and one of its founders.

Due to increasing household incomes and higher consumer confidence, both the Czech and Slovakian health food industries have recently begun showing stronger performances. The combined markets have a population of over 15 million people, the average family spends over 4,900 Euros on food annually, and a person spends an average of 28 Euros for one purchase in a health food store.

There’s been a significant growth in food chains focusing on quality food; major brands include Sklizeno, Delmart, Nas Grunt, and CountryLife. Delmart, a high-end food and health store, opened its first location in 2014 and is currently planning to open 10 additional stores.

HealthyCo’s CEO Felipe Garay says his company found a definite advantage to being based in Skåne -- especially when it comes to exporting. It's a good location for logistics for international exports, with an extensive transport network that includes options for shipping products by road, air, rail, and port.

It’s strategic location at the heart of the Nordic region, connected to Copenhagen, Denmark by the Öresund Bridge makes it prime access point, not only for 25 million consumers in all of Scandinavia, but the other 125 million in northern Europe.

Meanwhile, Sweden, as a whole, is ranked as the 2nd best in the world for logistics – outranking neighbour Denmark in infrastructure, international shipments, and customs.

Would you like to learn more about how we can help you to make your export ideas a reality? Contact me or read more about services here 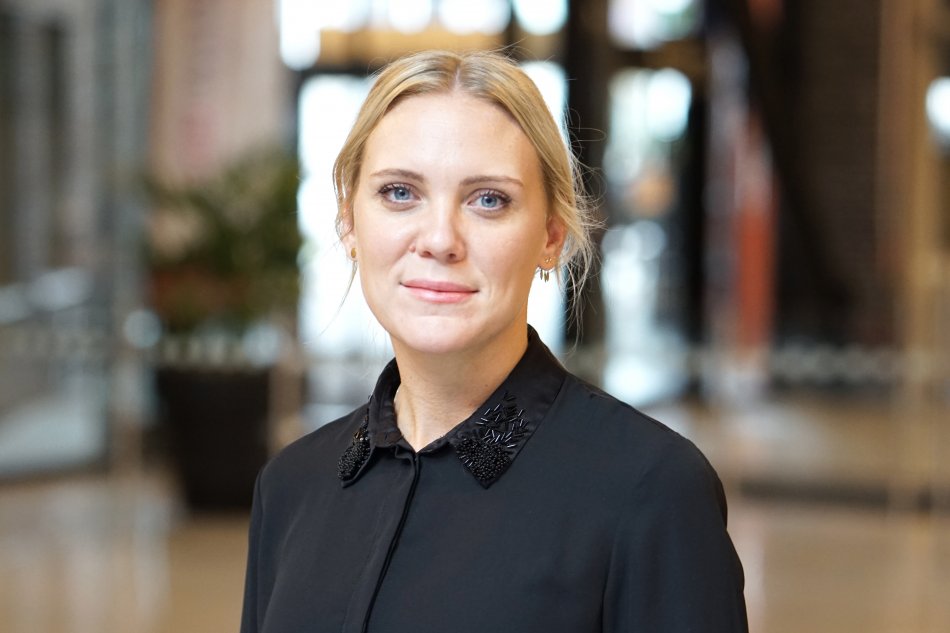