truffle & our friends is a company that can trace its origins to a love of quality cuisine and international travel. The organic fine foods company can also link its consumer appeal to its high quality products and photogenic-for-social-media packaging. And the credit for one of its first successes in breaking into foreign markets lies in a decision to enlist Invest in Skåne’s help.

At the heart of the story behind truffle & our friends is the romance between its founders, Lina and Johan Gilbe. “In the very beginning of our relationship, we travelled a lot,” explains Lina, “both respectively on business but also on private trips.” And it was while traveling that the two would go on culinary adventures to expand their pallets.

From their excursions, the couple eventually got the idea for a business producing high-quality, organic truffle products without any preservatives or industrial processing. After they’d launched, a contact told them about how Invest in Skåne could help their company reach international markets.

“He suggested, that due to our ambitions, that we should give the director of trade at Invest in Skåne a call,” she recalls, “and a couple of weeks later we had our first meeting.”

“There were some gaps in the market here…”

According to Lina, the exact idea for truffle & our friends came about from when she and Johan would try to fully explore the local culinary scene of any place they were visiting, from restaurants to food markets.

“What intrigued us most was that within fine food and delicacies, the selection of organic was almost non-existent,” Lina says. What’s more, they realised that the food markets in Scandinavia, which are known for their organic selection, had much of the same absence, particularly when it came to truffles.

“There were some gaps in the market here,” says Lina, “gaps we felt we wanted to change! Our mission became to create organic fine food with the best quality of raw materials in a contemporary fashion.”

Once connected with Invest in Skåne, truffle & our friends aimed to get on shelves in Denmark, especially the Copenhagen area, which Lina notes is an ideal target for the Skåne-based company because it’s “such an interesting and internationally focused food market” that’s so closeby.

“There was a lot of good energy in the room,” she says, “and many of the Danish colleagues were quite interested in truffle & our friends...and they managed to get us a face to face meeting with the buyers of Magasin Du Nord, in which we sealed a contract.”

A major name in Denmark, Magasin Du Nord  is a department store with several locations, three of which are in Copenhagen -- including its flagship store. truffle & our friends has already made several deliveries and even hosted a tasting event with Magasin Du Nord. According to Lina, they’ve even been asked to do more events due to high demand and customer interest in their products.

How Invest in Skåne helped truffle & our friends

Lina Gilbe credits Invest in Skåne with helping her company effectively break into the Danish food market, a place of discerning tastes and high stakes, which it did by using its membership in the Enterprise Europe Network to secure truffle & our friends a presentation before the agency’s Danish counterpart.

An international support network for small and medium-sized companies and organisations, Enterprise Europe Network allows its partners to share connections, like those to local distribution channels, and link clients in need of one another.

“There was a lot of good energy in the room, and many of the Danish colleagues were quite interested in truffle & our friends,” she explains. The success of that meeting secured a face-to-face with a well-known department store in Denmark, which resulted in a contract.

Although truffle & our friends could have tried to independently contact the store or the local business development agency in Copenhagen, going through Invest in Skåne and the Enterprise Europe Network was quicker and a more direct shortcut to the connections.

Founded by a couple from Skåne with a shared love of organic fine dining, truffle & our friends believes in using the finest ingredients to produce high-caliber truffle products.

This organic fine food producer takes pride in every single ingredient found in their products, using only fresh, organic options with no preservatives. They seek out truffles with an astonishing range of flavours and use them in a diverse selection of different products, from truffle risotto to truffle salt and much more.

Always keeping their commitment to respecting their products and the environment, truffle & our friends uses an innovative way to dry out and preserve truffles, so customers can enjoy what’s traditionally been a seasonal delicacy all year round.

The company has promoted its brand and products at various international food fairs, including SIAL in Shanghai and Anuga in Cologne, and is in serious negotiations on distribution in foreign markets.

“At the larger markets (e.g. China, S.Korea) we are seeking for an importer/distributor,” says co-founder and co-owner Lina Gilbe, “and for smaller markets, we are working directly with stores, and/or through wholesalers."

Enterprise Europe Network is the largest support network for small and medium-sized enterprises in the world. It connects more than 600 organisations and agencies, which range from universities and research institutes to regional development agencies and chambers of commerce, with a total of approximately 3,000 experts in over 60 countries.

It offers a wide range of services, including innovation support, advice for growing internationally, and help in building international partnerships. Over 2,500 small and medium-sized enterprises are helped each year by the Enterprise Europe Network.

The experts within Enterprise Europe Network, who are in each member organisation, allow for a unique and personalised approach that can be invaluable for any business or enterprise. Their positions offer knowledge of the local business environments, while their membership in the network provides contacts for business opportunities worldwide.

Invest in Skåne is a key member organisation of Enterprise Europe Network for Southern Sweden.

Lina Gilbe has no doubts that location matters, and choosing Skåne as the place for truffle & our friends has made all the difference for this dynamic startup.

“There are many advantages of being based in Skåne,” she says. “Not only that we have a vast network here but also the closeness to great raw materials for our production.” These resources make it easier for the company to maintain its high level of standards when it comes to products and ingredients.

Additionally, Lina believes the proximity of Skåne to Copenhagen allows the company to further explore the international market, and see what opportunities are available for this growing business.

Would you like to learn more about how we can connect you with the right people to make your export ideas a reality? 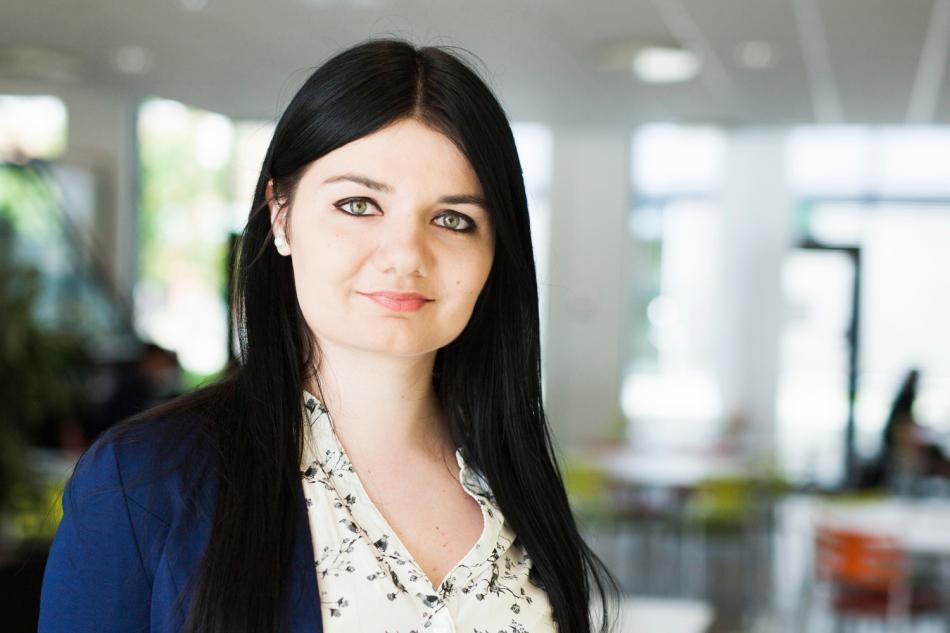