Gedea Biotech has developed a major new antibiotic-free treatment for vaginal infections and is about to take its product on the world stage. Discovered by a research team of three chemists and a gynecologist at Lund University, the treatment called pHyph can be used for bacterial infections. In a recently finalized clinical trial pHyph shows 82% cure rate after one week of treatment (Data on file, 2020).

“It feels incredibly exciting and motivating to be working with women’s health where we really need investments in new products, as well as working with alternatives to antibiotics,” says CEO Annette Säfholm.

Säfholm explains that Gedea’s goal is to reach global distribution as quickly as possible, with Europe set as their first market for approval to be sold over the counter. More clinical trials are needed to be available in the United States, but Säfholm says the company’s next scheduled trials are specifically designed to meet the requirement for the U.S. market.

Gedea wants to find a global pharmaceutical company to handle the marketing and sales of pHyph. “Our intention is not to market and sell ourselves,” explains Säfholm. “We will be able to reach patients quicker than if you would try to build up sales channels on your own.”

“...Since the competition is extremely high, it is necessary to consult others for help.”

Initially backed by LU holding, the investment arm of Lund University’s innovation department that invests in startups based on research done at the university, Gedea Biotech has been approved for EU-funding, through Horizon 2020's  Fast Track to Innovation (FTI) programme by three million Euro.

Invest in Skåne helped Gedea in many different ways, and Säfholm says one of the organization’s instrumental support was in the assistance with their application for the Horizon SME Instrument Phase 1 which then led on to the funding. The company had applied twice for the SME programme, but after Invest in Skåne’s individual consulting – they were approved.

“The applications are difficult to write,” she explains. That’s why it’s important to talk to those that know how to since the competition is extremely high. It is necessary to consult others for help”, says CEO Annette Säfholm.

“There is a lot of knowledge here…”

According to Säfholm, the core advantage of being based in Skåne is its wealth of expertise and knowledge to tap into, including local networks in areas and fields that are perfect for a company like Gedea.

“We’re located in Medicon Village, a unique location for networks related to pharmaceutical companies and technical companies. There is a lot of knowledge here and seminars that are good for development and networks with other companies makes it easy to find collaborators”, says Säfholm,

Säfholm says Gedea has found assistance for almost every conceivable organizational functions, from support for clinical studies to advice on regulatory aspects, and even things like patent law and bookkeeping.

“We have received a lot of help from Invest in Skåne in regards to reaching out to investors and finding partner companies, and support in participating in international conferences,” says Annette Säfholm, CEO of Gedea Biotech.

And she also cites assistance in Gedea’s application for the Horizon SME Instrument Phase 1 funding as having a big impact.

Horizon SME, which is run by the European Union, provides funding and advisory services to startups. According to Säfholm, Gedea had applied once, but had not been accepted into the program. After Invest in Skåne advised them on their application – the company was approved and received €50,000 in funding.

“The applications are difficult to write,” she explains. “That’s why it’s important to talk to those that know how to since the competition is extremely high. It is necessary to consult others for help.”

Started in 2015 by a multidisciplinary team of researchers from Lund University, Gedea Biotech develops products for women’s health. The company's first product, an antibiotic-free treatment for vaginal infections caused by both bacteria and fungus is in the final stages of its first clinical trial. Gedea intends for treatment to be available without a prescription and sold over the counter around the world.

The company currently has 3 employees and was initially backed by funding from Lund University’s innovation department. It received €50,000 from the European Union when it was awarded the Horizon SME Instrument Phase 1 funding in 2019. It was entered into the EIT Health’s Innovation Challenge, the European Health Catapult and won third prize in the biotech category.

Part of the European Innovation Council (EIC) pilot program, the EIC Accelerator (SME Instrument) uses funding opportunities and acceleration services to assist the entrepreneurial efforts of small companies and scientists. The program prefers small and medium-sized organizations of high-risk and high-potential that are developing new innovative products, services, or business models that could drive economic growth.

Companies selected for the program receive funding, including optional equity, as well as the opportunity for business coaching and mentoring. There are also “extra acceleration services” via connecting with investors, corporates, and like-minded entrepreneurs.

The core advantage to being based in Skåne, according to Gedea Biotech CEO Annette Säfholm, is the many networks of experts in the area with an abundance of knowledge across industries and fields. Säfholm says her company has found people to help with everything from clinical studies to advice on regulatory aspects, and even things like patent law and bookkeeping.

The region’s wealth of expertise is no more apparent than in where Gedea is based in Medicon Village, a research park in Lund dedicated to life sciences.

“It’s a unique location for networks related to pharmaceutical companies and technical companies,” says Säfholm. “There is a lot of knowledge here and seminars that are good for development and networks with other companies makes it easy to find collaborators.”

In fact, its prominence extends beyond Skåne and Sweden. “Medicon Village is a known area that people recognize when you are out on international conferences,” Säfholm notes.

Looking for financing? I can help you navigate available options as well as support you during the application process, free of charge. Contact me or read more here 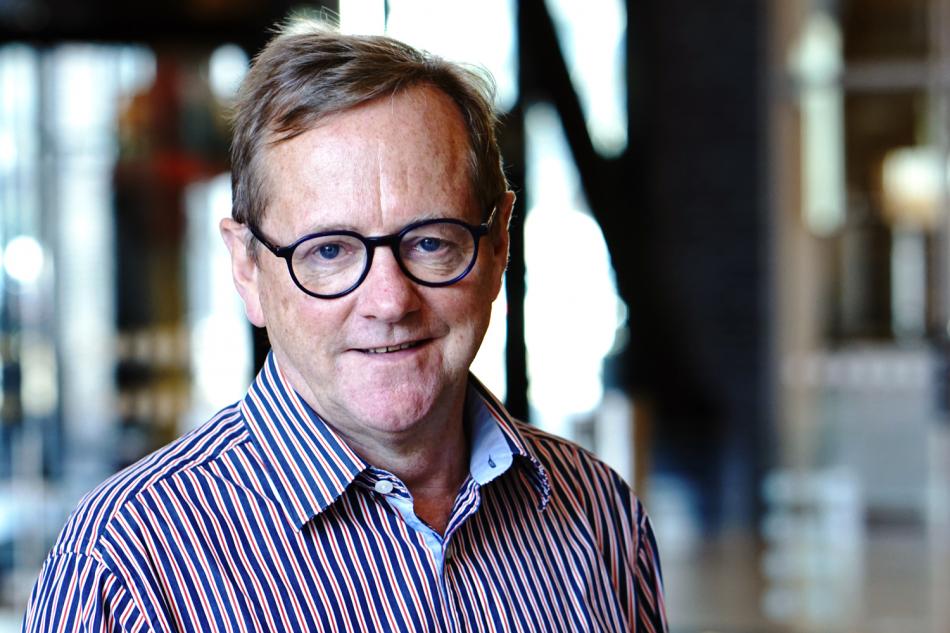