What drew an international transport tech & survey company to Skåne

As ARRB Systems, a company specialised in technology and services for road maintenance with locations all over the world, was determining where to set up next, three countries stood out the most. “We needed to establish an office in Europe,” says Garry Warren, Managing Director of ARRB Systems, “and narrowed it down to Germany, Denmark and Sweden.”

In the end, the company picked Sweden, specifically Skåne. According to Warren, there were several different factors that were conducive for bringing the business to the area, including what he notes as “the excellent support provided by the team at Invest in Skåne.”

“They thoroughly won me over!”

“I actually have a long history with Skåne,” Warren says, explaining that he’d previously worked with a company based in Höganäs and first came to the area in 1982. But despite his past dealings with the Skåne business community, Warren actually credits his work in the United States with why he initially connected with Invest in Skåne. “Having had experience in setting up our operation in the USA, I realised the value of regional economic development agencies,” he explains. So ARRB Systems researched and contacted organisations in all the regions where they were considering establishing an office.

According to Warren, Invest in Skåne was the agency that most impressed him. “They thoroughly won me over!” he says. “This isn’t to say the others were bad, just that [Invest in Skåne] was outstanding!”

A world leader in road survey equipment and services

Spun out from a division of the Australian Road Research Board, ARRB Systems is a leading provider of road assessment technology and services. It enables roadway proprietors, both public and private, to understand the full state of their roads and effectively plan maintenance and upkeep.

ARRB Systems manufactures and sells equipment for the survey of road condition, as well as collects and organises this data on behalf of clients themselves. It has two signature products the Hawkeye Survey Platform – a modular system that can be customised for clients’ needs, essential for assessing the condition of road networks, and the Intelligent Pavement Assessment Vehicle (iPAVe) – the first system of its kind to collect comprehensive surface and sub surface data on a major roadway’s pavement while driving at the speed of traffic.

According to Warren, ARRB Systems’ revenue in 2019 was approximately A$21 million with 80 employees on four continents and distributors in 24 countries.

“One stop from Melbourne to Malmö...”

Once ARRB Systems had decided to make Skåne the location for their new European office, they settled on the Malmö area to focus the search for an office space of approximately 300smq, as well as warehouse space of about 300-400sqm with specifications to house and service the iPAVe. 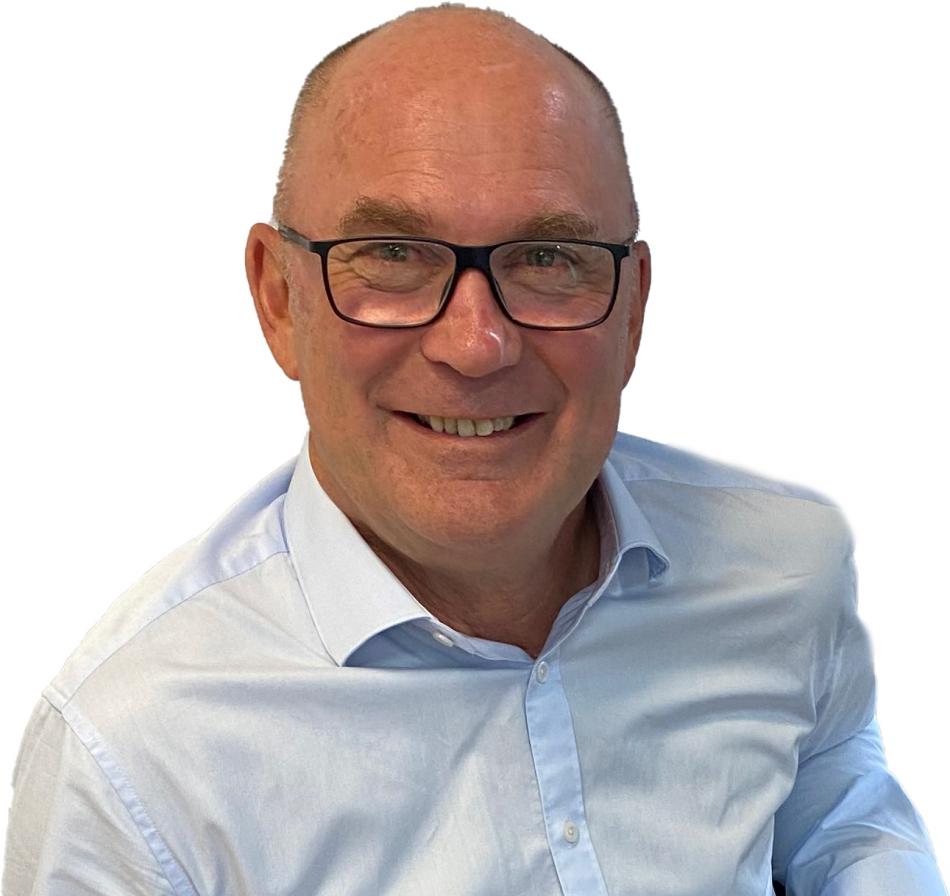 “Malmö seemed to be the ideal position for our business given the easy access to Kastrup, Europe and Scandinavia, where we are expecting the majority of our business,” says Garry Warren, Managing Director of ARRB Systems. “I appreciate the ease of access to CPH. It makes life very easy for us. One stop from Melbourne to Malmö by plane!”

Warren cites Skåne’s workforce as another advantage for ARRB Systems, which needed to fill several key operation management positions, from office manager to chief operating officer, as well as field positions, like surveyors/data collection operators and heavy vehicle drivers.  “We have been able to attract good staff and the labour market appears pretty strong,” he says.

When ARRB systems was considering Skåne as a possible location for its European office, Managing Director Garry Warren was already familiar with both the area and working with regional economic development agencies. The former, he’d visited many times previously in his career while working with a company based in Höganäs; the latter, he had valuable experience dealing with in the United States – which helped him realize the value of such organisations. But still, he wasn’t prepared for the extent of support from Skåne’s economic development agency.

“They thoroughly won me over!” says Warren, who then explains that while similar agencies from the other regions being considered were adequate, the team he worked with at Invest in Skåne gave such extraordinary help.

Invest in Skåne provided assistance and guidance to ARRB Systems in finding a location for office and warehouse space, as well as hiring staff, and a lot more. “They supported us by providing meeting rooms, introductions to service providers, banks, financial providers, real estate agents, etc.,” Warren says. “Their connections were really good actually.”

Originally the equipment and international operation arm of the Australian Road Research Board, a not-for-profit consultancy for state road agencies in Australia and New Zealand, ARRB Systems was formed into its own company when the division was sold off in 2017. Today, it is a world leader in providing road assessment technology and services, which are essential for understanding the full state of roadways and effectively plan maintenance and upkeep.

ARRB Systems manufacturers and sells equipment and software for surveying road conditions. Its signature Hawkeye Survey Platform is a modular system that can be customized for clients’ needs, including assessing the condition of pavement and surveying for road maps. The company also collects and organizes road survey data on behalf of clients. Its most notable service uses the Intelligent Pavement Assessment Vehicle (iPAVe), which is a system housed in a tractor-trailer to collect comprehensive data on a major roadway’s pavement while driving at the speed of traffic.

According to Garry Warren, Managing Director of ARRB Systems, aside from its recently opened Malmö location, the company also has offices in Melbourne, Australia; Exton, Pennsylvania in the United States; and Durban, South Africa. It’s also represented by distributors in 24 other countries. ARRB Systems’ revenue in 2019 was approximately A$21 million.

Although Garry Warren, Managing Director of ARRB Systems, was already personally familiar with the Skåne region, he didn’t have much experience with the specific area that ARRB had picked for its European office and has enjoyed discovering what it has to offer.

“I hadn’t spent a lot of time in Malmö,” he says, “and love what has been done in the old Kockums’ shipyard. The city seems very alive now.”

The local workforce turned out to be an additional boon. “We have also been able to attract good staff and the labour market appears pretty strong,” Warren explains. ARRB Systems needed to staff its office with several key operations positions, including an office manager and chief operating officer, as well as field positions, such as surveyors/data collection operators and heavy vehicle drivers.

But the biggest advantage has been Skåne’s logistical infrastructure, which gives the company the access it needs from its new office to the markets and international locations it wants to reach.

“Malmö seemed to be the ideal position for our business given the easy access to Kastrup, Europe and Scandinavia, where we are expecting the majority of our business,” says Warren.

The close proximity to an international travel hub like Copenhagen Airport is especially convenient for a business with offices in so many different parts of the world. “It makes life very easy for us,” Warren explains. “One stop from Melbourne to Malmö by plane!”

With its access to both air, rail, port, road, as well as a connection to Denmark via the Öresund Bridge, Skåne is a great logistics hub for most any business. It’s not only a key point of access to the 25 million consumers in Scandinavia, but the 125 million in Northern Europe as well.

On the whole, Sweden acts as a gateway to the Nordic countries and Northern Europe with an advanced infrastructure and ease of doing business that was recognized as the 2nd most efficient in logistics by the World Bank in 2018.

The Skåne region in particular has an amazing infrastructure to support business logistics, including:

Are you looking to establish a sales office, form a strategic partnership, or expand in other ways into Europe? We can help you! 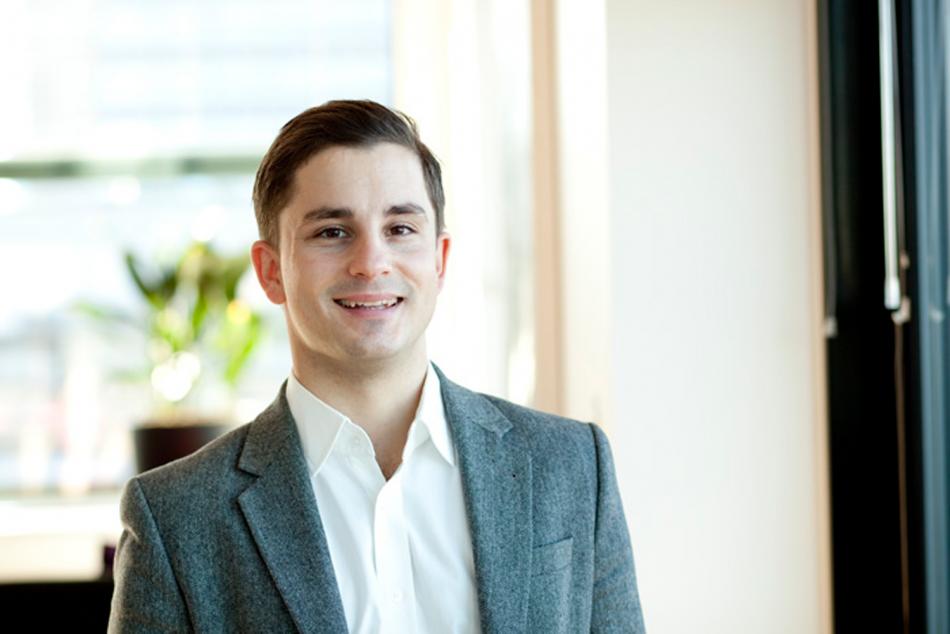