Flow Neuroscience’s main product looks like something out of science fiction. The Flow headset is part of a medication-free approach for treating depression that combines at-home brain stimulation with a behavioural training app. It was impressive enough for a Japanese venture capital firm, Global Brain, to make a major investment in the company in late 2021 — a meeting of the minds that was made possible through an introduction by Invest in Skåne.

When the company was created six years ago, co-founders Daniel Månsson and Erik Rehn saw Flow Neuroscience as the chance to merge their expertise in the areas of clinical psychology and electrical engineering. 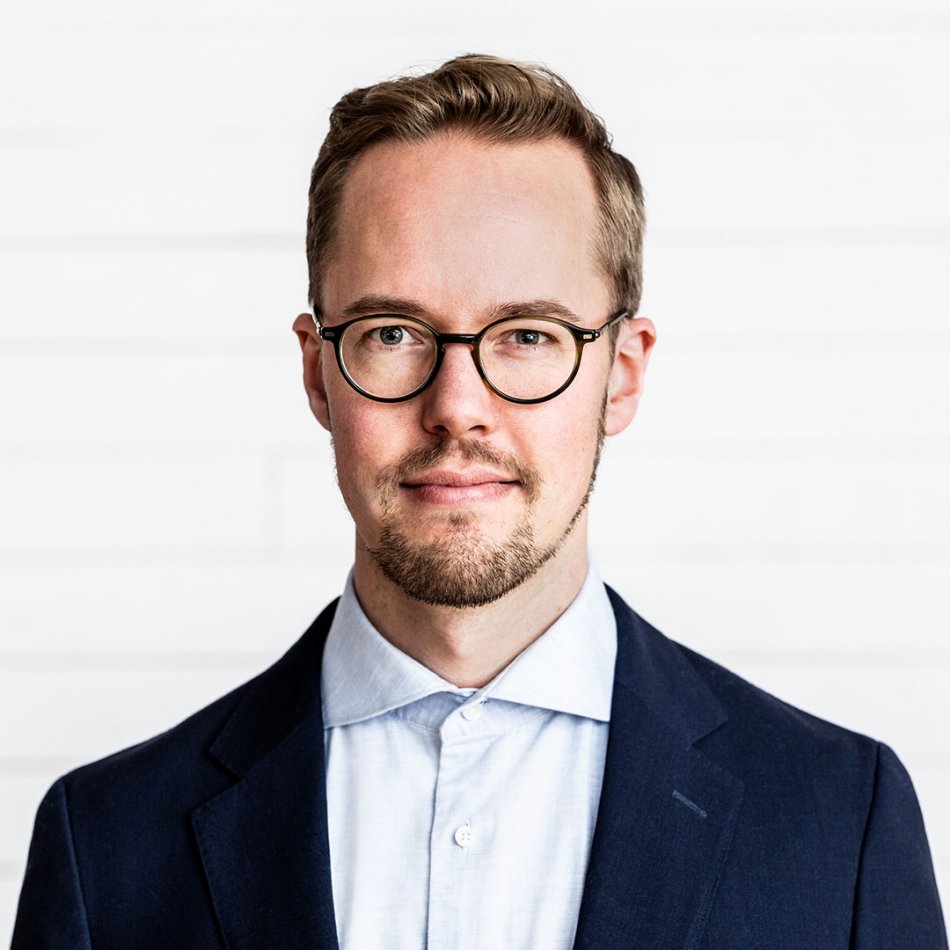 “Our vision is to create new kinds of treatments for people with mental illnesses, with the help of new technology and neuroscience,” says Månsson, who serves as the company’s CEO.

“The effects are roughly equivalent to an antidepressant, but with a big advantage of having fewer side-effects — almost none,” Månsson explains.

Reaching the European market and beyond

To date, Flow Neuroscience has sold around 8,000 devices, 80% of those to customers in the United Kingdom. It recently launched in Germany, and plans are underway to expand into the United States in the next 12-18 months. A large-scale research study being carried out in part in Houston, Texas, will bring the Flow headset and app another step closer to approval from the US Food and Drug Administration. At  the same time, while the company has previously focused on selling directly to patients, it’s starting to move towards large volume sales to healthcare systems.

Enter Global Brain, which contributed to Flow Neuroscience’s Series A Funding before it closed in Q3 2021 for $9 million USD. With a strong understanding of digital health and the potential of medical devices, Global Brain had been on the lookout for a product like Flow. And along with its capital investment, the Japanese firm plans to provide Flow Neuroscience with assistance and advice on breaking into the US market, as well as Japan.

But how did Flow Neuroscience, a healthtech start-up from southern Sweden, and Global Brain, one of the largest venture capital firms in Japan, become aware of one another?

The partnership was helped set into motion by Invest in Skåne, which facilitated the first contact between the two. In fact, assistance in forging new connections is what Månsson — who’d attended several local events organised by Invest in Skåne before the Global Brain deal — associates most with the agency.

“They have been good at introducing us to different potential investors and investment specialists,” he says. “They have a strong network.”

So when Global Brain was looking for Nordic healthtech companies, Invest in Skåne provided a variety of such profiles to Business Sweden’s office in Tokyo to share with the investor. One of them was for Flow Neuroscience.

And when Global Brain wanted to learn more about Flow Neuroscience, Invest in Skåne was there to arrange a meeting.

“This is a prime example of how our close collaboration with Business Sweden and their global offices can benefit Skåne companies,” says Ulrika Mårtensson, Senior Business Development Manager, Life Sciences at Invest in Skåne, responsible for making the introduction.

In the end, it’s the company itself that secures funding and the investment firm that decides to invest. It's a complicated process with a lot of hard work by both parties that doesn’t always result in an investment. This time it did.

And Invest in Skåne was critical to the process in a very simple way.

A healthtech company founded in Malmö in 2016, Flow Neuroscience works to combine psychology and technology to develop new solutions for treating mental illness. Their Flow product, currently available in Europe, is a wearable medical device that pairs with a behavioural training app to treat depression.

As a Life Science hub that attracts international talent, Skåne was a natural fit for Flow Neuroscience. Its co-founders, Daniel Månsson and Erik Rehn, recognise the region not only features affordable housing options and easy commutes but also a vibrant, diverse start-up community ready to share their insights and assist in networking. Månsson describes Skåne as especially well-suited for start-ups in the beginning stages. “The first thing you notice is that there are incubators with lots of good people. International people, people with ambition who are friendly,” he says. “And you can immediately join them.”

A partner organisation to Invest in Skåne, Business Sweden is commissioned by the government and the Swedish business community to help Swedish companies grow global sales and encourage international companies to invest and expand in Sweden. The organisation maintains offices in 44 cities across the globe and collaborates with regional offices, like Invest in Skåne, in finding international opportunities.