When IO Interactive, a Danish video game developer, decided to expand its operations into southern Sweden, they reached out to Invest in Skåne.

But the company famous for making mega-hit games didn’t do it through a networking connection or via a recommendation from a consultant. According to COO Martin Buhl Svanum, he learned about Invest in Skåne by doing what most people do after they’ve come up with an idea of what they want to do next: he did a web search. 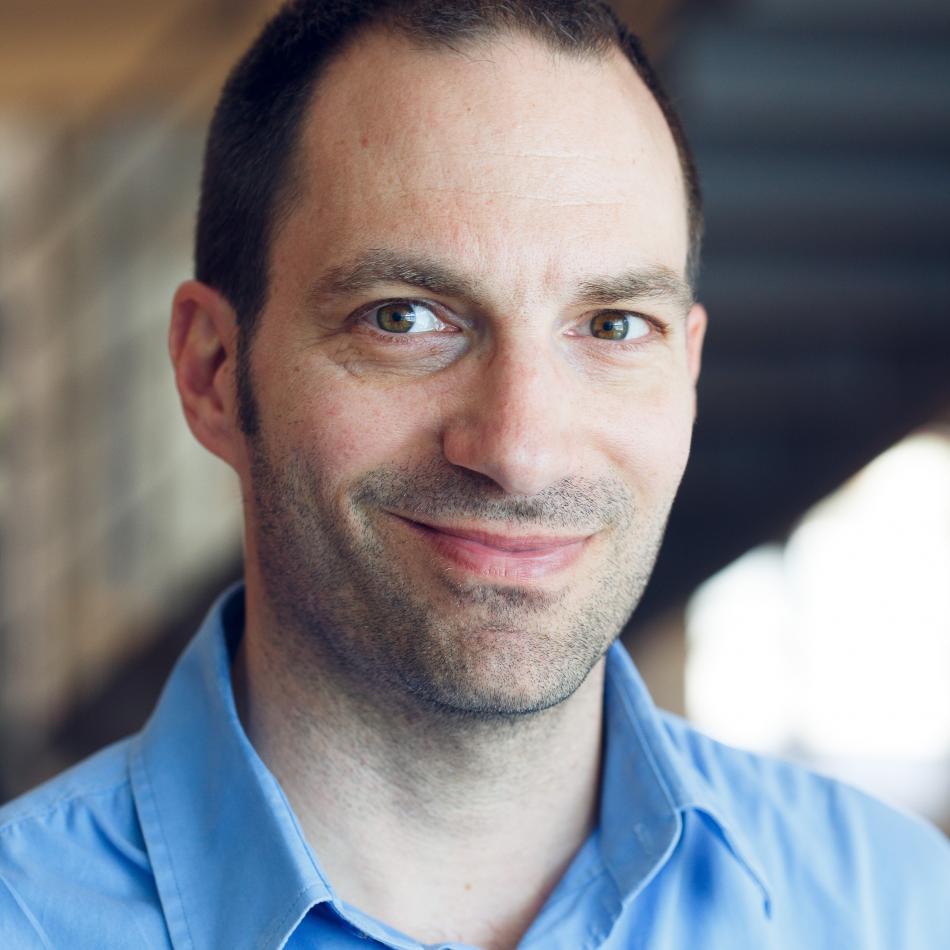 “I found it on Google,” says Svanum, “when I was researching how to get started.” He then sent an email and quickly heard back from an Investment Advisor at Invest in Skåne. “From that point on, he was very helpful. We got help in registering the business, getting a bank, and finding the right office.”

One single company, many different locations

IO Interactive has been providing gamers with entertainment options for over 20 years. Founded back in 1998, the company made a name for itself in the early 2000s with games like Freedom Fighters and the wildly popular Hitman series.

Aside from making exciting and innovative games, IO Interactive is also unique in that instead of expanding at one particular location, the company prefers to set up multiple smaller office locations around an area. This not only prevents an office from getting too cumbersome, but it provides employees with a better opportunity to connect as a community.

“Our strategy is to grow by adding more office locations, rather than growing too big in one location,” explains Svanum. “We believe it helps our culture and creativity with an environment where you know your colleagues by name.”

A growing region for the game development industry

With its move to Malmö, IO Interactive became part of southern Sweden’s expanding and increasingly famous game development scene. Since the early 2000s, the video game industry has steadily grown throughout Skåne and shows no sign of stopping. The area has 4.8 times more studios per capita than London , while Swedish registered companies as a whole added almost 2,600 full-time employees in 2018 alone (an increase of 48%) (Swedish Game Developer Index 2019).

So why do game companies seem drawn to the region? There are a few key factors, including that Malmö is home to one of the top-ranked schools for game development in the world and Skåne has one of the lowest game development costs in all of Europe (game studios enjoy an average tax deduction of about 7.7%). Big names in the industry noticed and took advantage...and that itself has become a draw.

“The most interesting aspect for us is that Malmö has a few bigger game studios already,” says Svanum. Those major companies, in addition to IO Interactive, include Massive Entertainment, a Ubisoft studio and King.

“...it would be nice for the early employees to have a community from the beginning.”

Inspired by the growing need to develop a community around the game development industry, Game Habitat DevHub came on the Skåne scene in the fall of 2018. Created and managed by a non-profit organisation, it provides game developers with a unique and much-needed space where they can co-work in peace with like-minded individuals.

But DevHub does more than give people a place to work, however; it serves as a meeting place where members of the game development community can come together to share ideas, brainstorm solutions, or simply connect with other people who share their love of gaming. It was this much-needed sense of community that particularly appealed to Svanum in IO Interactive’s search for office space.

“When we heard about the possibility of moving into the DevHub building, we liked the idea because it would be nice for the early employees to have a community from the beginning,” he explains.

When IO Interactive was ready to set down roots in southern Sweden, Invest in Skåne was on hand to help make the process fast and easy. From the first time COO Martin Buhl Svanum reached out, he was impressed by the level of support and responsiveness.

“Our contact, Fredrik Jonsson very quickly got in touch with me after I sent an email,” Svanum says. “From that point on, he was very helpful. We got help in registering the business, getting a bank and finding the right office.”
Invest in Skåne also provided IO Interactive with assistance in unraveling the often confusing linguistic and legal complications that come with setting up a business in another country.

“Quite a lot of things are different when it comes to Employment Law,” Svanum says, “so it has been a learning experience.” And through every step of the process, Invest in Skåne has been on hand to provide the information and resources IO Interactive and other companies are looking for."

Originally founded in 1998 as a joint venture between Reto-Moto and Nordisk Film, IO Interactive emerged as an independent entity in November 2017.

Among its enormously popular games are the Hitman series, which has 7 installments in the franchise. All told the games have sold over 8 million units and spawned two feature-length films.

Over the years, IO Interactive has emerged as an innovative and exciting video game company committed to immersive gameplay and cutting-edge graphics, which has earned it an international fanbase of loyal customers.

The company currently has an annual revenue of 155 million DKK and over 150 employees, many of them currently located at IOI Malmö

When seeking out new locations and opportunities, Skåne was a clear choice for IO Interactive.

According to COO Martin Buhl Svanum, one of the biggest appeals of the region was the access to talent. “The most interesting aspect for us is that Malmö has a few bigger game developers already,” he says. “We can be competitive both with regards to salary and in offering interesting projects and a great culture. This has helped us recruit good talent as we hoped for.”

After spending just a short time exploring the amenities and resources available at DevHub, COO Martin Buhl Svanum was sure they’d found the ideal spot for IO Interactive.

This sense of community was particularly important for IOI, allowing employees to rub shoulders with developers from Avalanche Studios, Deadtoast Entertainment, Massive Entertainment, and many more. And DevHub provides these innovators with an assortment of great amenities to take advantage of, from private offices and meeting rooms to a community canteen where friends and coworkers can unwind and recharge. The versatility of the space coupled with a strong sense of community has made DevHub the home that IOI has been looking for. Svanum sums up the appeal of DevHub himself:

“It was also nice facilities and great location,” he says. “We have a good relation to people there.”

Invest in Skåne can assist you in tapping in to the talent base of Skåne and Copenhagen, introduce you to investment opportunities available, help you scout for new studio locations in Skåne, and make introductions to local partners. 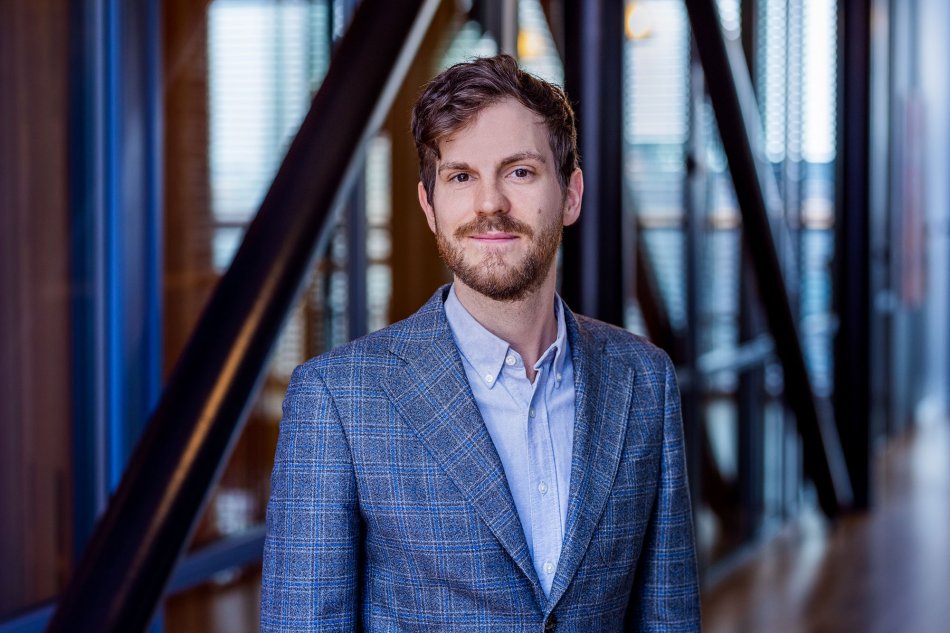